Please consider me to represent you. If elected I would address all these issues and propose legislation. Let's not make this about money, lets make this about picking the candidate that most reflects you. Here are some of my principles that I would act on:

I am looking for help to defeat the incumbent democrats. 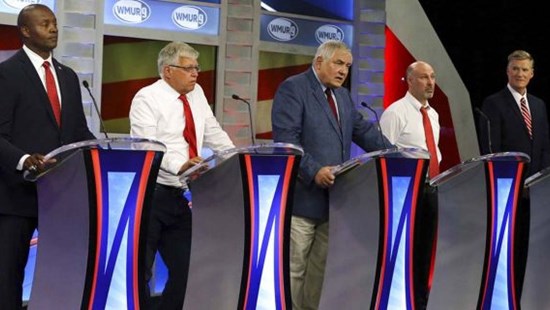 One of my goals is to help Donald Trump win re-election and ensure New Hampshire Democrats are replaced with Republicans that will help pass our President's agenda to keep America Great. New Hampshire has three Democrat members up for re-election this year: Jeanne Shaheen, Chris Pappas and Ann McLane Kuster. They all voted to impeach and remove our President that has done so much for our country. Our democracy is being violated by all the democrats in congress that are consistently trying to defame and remove him from office.  We have had three shameful, modern-day coup attempts to take the White House and Senate: Democrats invoke 25th amendment, Russian Collusion and quid pro quo with the Ukrainian president. Even now Adam Schiff, Nancy Pelosi, Chuck Schumer and the Democrats blame Trump for the Corona Virus response.  Please help our President get reelected in 2020 and vote our all Democrats.

After this Covid 19 pandemic is over I hope this republican administration is at the helm to bring back our economy. I also would like to thank our president for bringing together the best and brightest to get us through this terrible pandemic.

One of the best ways we can help our President is to vote in Republican members. I am asking for your consideration and support. If you like my stance on the issues and wish to help my campaign, then please contribute so that we can put up more signs across New Hampshire and get out the word to replace the Democrats who wish to remove our great president. Although my campaign does not have deep pockets, we can still put out our message, and voting is free. In November 2020 Please vote Trump Pence for four more years and vote in Republicans such as myself so we can continue to make America Great.

Make a Donation
Our campaign is powered by your donations.
$10 $25 $50 $100 $250 $500 $1000 Other Amount
Committee to Elect Jeff Denaro
Powered by CampaignPartner.com - Political Campaign Websites
Close Menu